(Tour time: 4 to 6 hours, Admission fees: 1,000yen)
This course explores Enoshima visiting historical gates, shrines with unique statues, a botanical garden, an observation tower with a panoramic view, and natural caves where a legendary dragon waits for you.

This tour starts from BENTEN-BASHI BRIDGE.

At the lower part of both columns, reliefs of waves are inscribed. It tells us that waves reached there in old times. 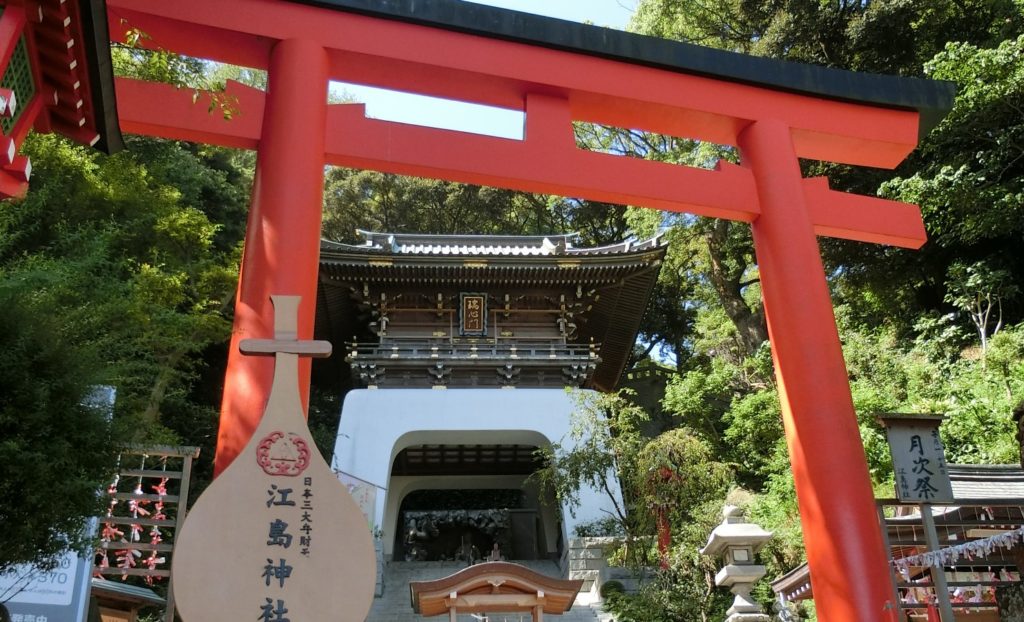 Enoshima Shrine consists of three separate shrines (●on the map). Each shrine is dedicated to one of the three sister goddesses. They are goddesses of the sea, and of the voyage. 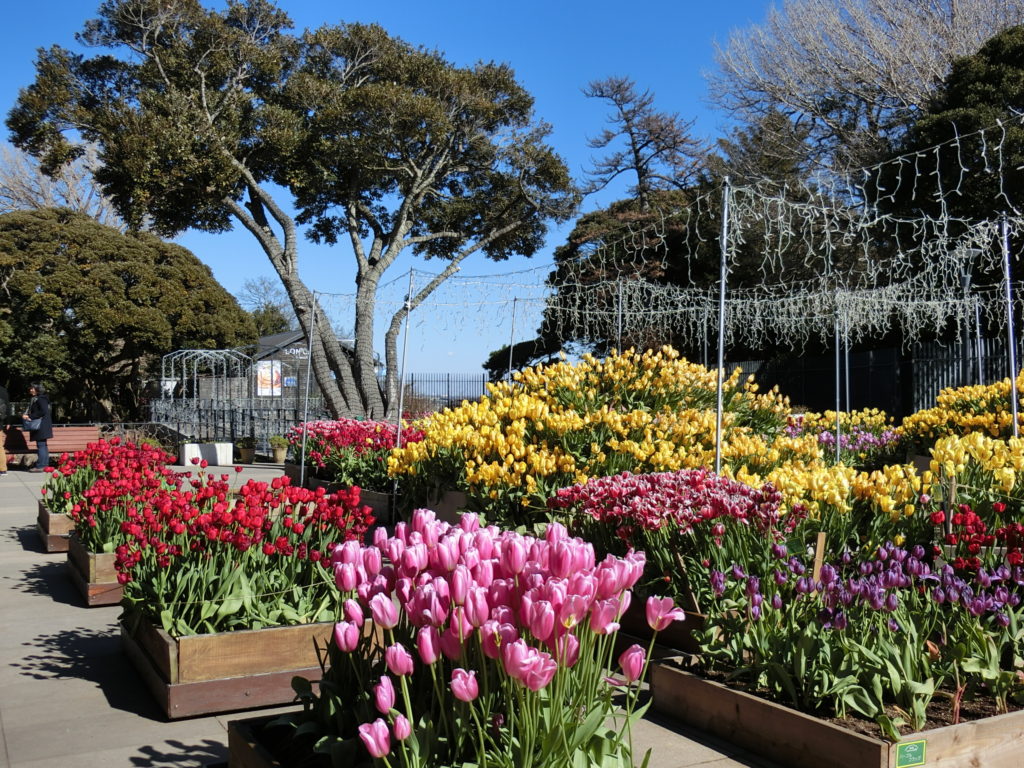 The Lighthouse, 119.6 meters above sea level and located in Enoshima Samuel Cocking Garden, was built in 2003. You can have a panoramic view of the Shonan coast from the observation floor. (Admission fee: 500yen)

There are two natural caves eroded by waves over a long period of years on the southern cliff on the island. Many stone statues of Buddhism and a “Dragon” are waiting for you. (Admission fee: 500yen)

Two statues of Benten (Benzaiten) goddess in different types are enshrined. In Japan she is the goddess of art, music, wealth and eloquence, as well as of victory. (Admission fee: 200yen).

2. Ryuren no Kane (The Bell of the Dragon’s Love)

The bell was constructed based on a legendary love story between a 5-headed dragon and a goddess.

The above route does not necessarily show an actual tour route. A meeting place with a KSGG guide is to be arranged